Great career opportunities for foreigners in the Czech Republic

The newspaper, MFDnes, mostly talks about how Prague, but also other Czech cities, has become popular for foreigners not only to stay for a few years but to actually settle down here. The Czech Republic attracts foreigners for many reasons. The major one is interesting career opportunities where they can work in highly skilled jobs in an international environment. While learning Czech can be an advantage, most foreigners say that they can comfortably live in the country longterm without speaking Czech. Knowing that one can cater to most life needs in only English definitely helps to decide on where to relocate. There is a relatively low cost of living when compared to cities in Western Europe. Workers of all skill sets are immigrating here both through international companies and relocation programs. A graduate of CBP, Sean Hochman, is an example of a foreigner who came to Prague and decided to stay once he finished the course and became employed as a programmer at Livescore. He is quoted in the article, ‘By chance, I met a graduate of the Coding Bootcamp Praha who found immediate employment as a programmer, so I decided to sign up, too.’ Also, our founder, Jana Večerková, is quoted confirming the trend that people come to Prague for a career retraining course and are then hired locally and stay. She says, ‘More than half of CBP’s students come from abroad and seventy-five percent are hired in Prague though they hadn’t previously planned to move here.’ 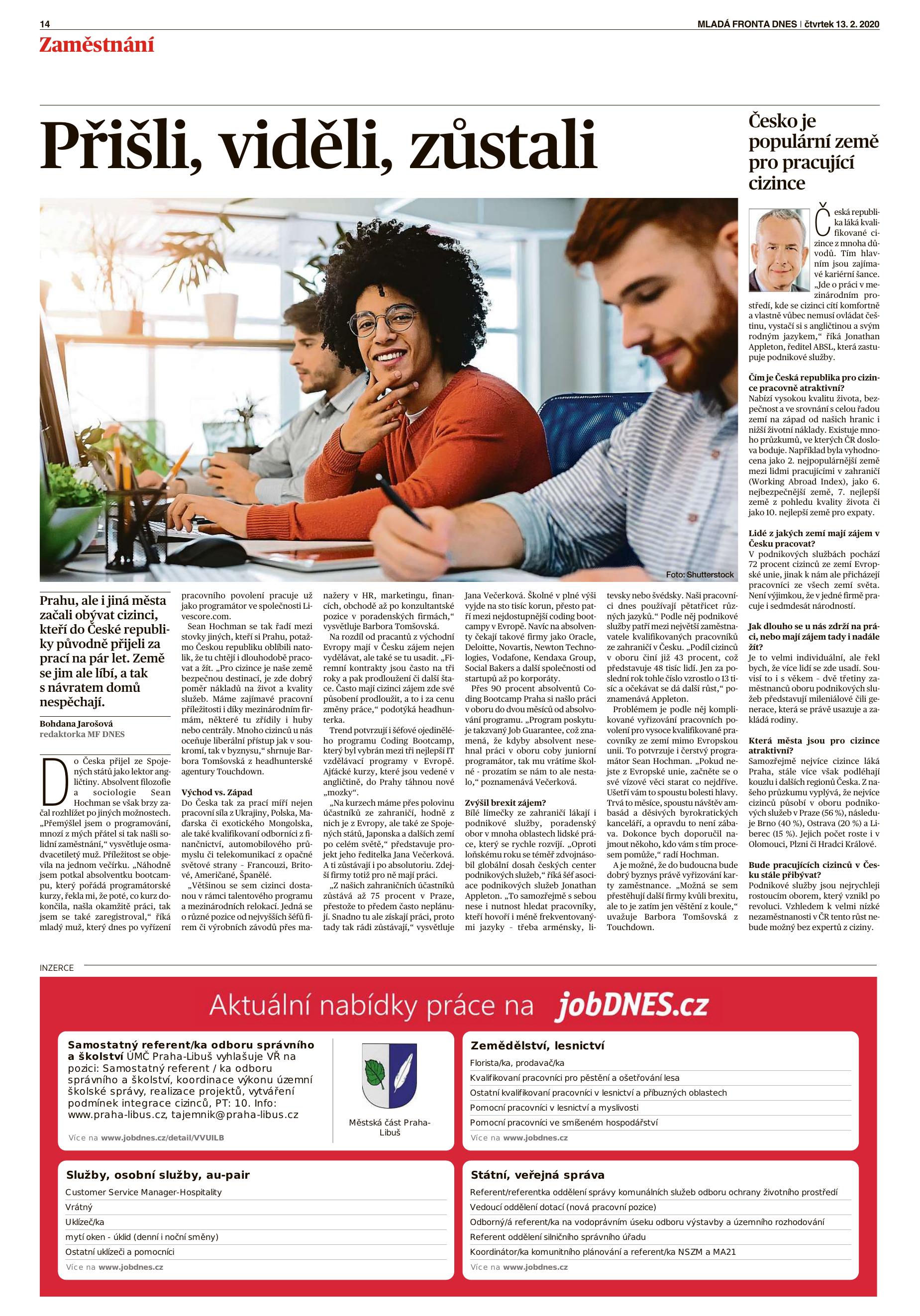 The article mentioning us in Reflex magazine says that a large number of Czechs are participating in requalification courses. Most attend in order to add skills to their professional portfolio. Middle managers, lawyers, IT specialists, production managers, HR managers go for courses in finance, IT, hiring, and media. These areas make up the bulk of subjects on offer.  Some people decide to join courses that will change their careers entirely. IT programming courses differ from more traditional Czech re-education courses in that the students actively practice new concepts on their computers as the lecturer presents them. Jana Večerková is quoted as saying that the Czech market is prepared to take on another 20,000 programmers and that many students of CBP get hired while still working through the course. She is further quoted as saying that foreigners make up a large portion of bootcamp participants.

What is the employment situation in Czech Republic and why is there a big demand for programmers?